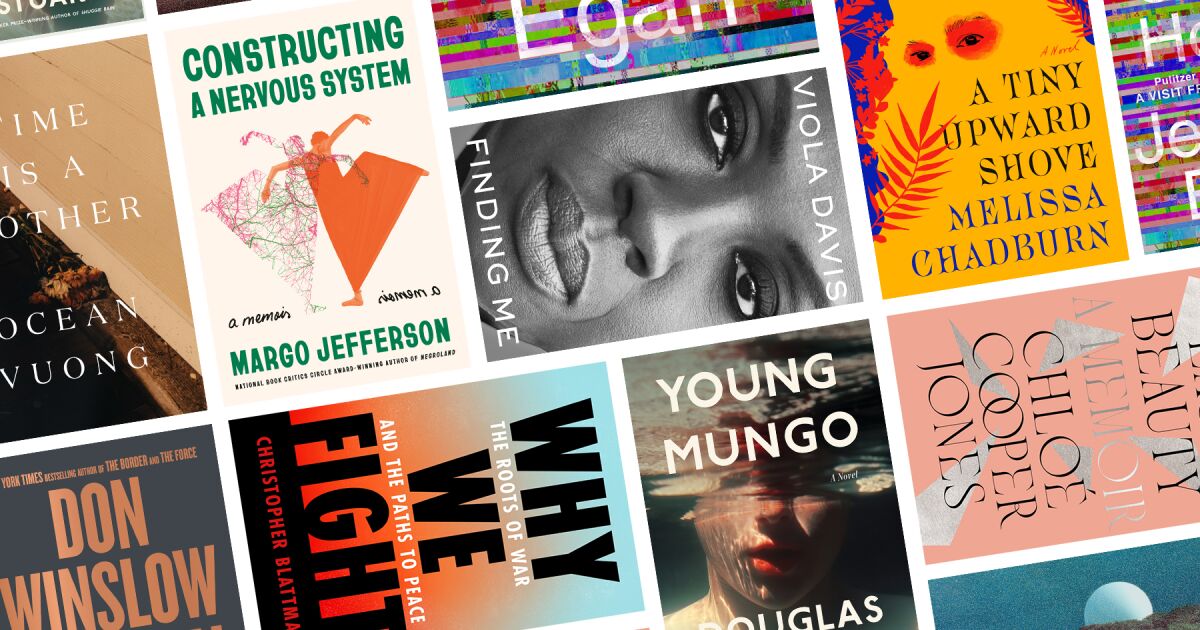 April is the friendliest month, the season when novels emerge from the richest literary soil. Beloved writers return to take their special talents in bold new directions (and one, Ocean Vuong, returns to poetry). These recommendations include amazing books on some dark and difficult subjects, but there is always joy in great writing.

Mandel is perhaps rightly best known for “Station Eleven,” her best-selling dystopian pandemic tale of grief and recovery, in which art may be the only thing worth saving. Following a popular HBO Max adaptation and a realistic sequel, The Glass Hotel, the author returns to sci-fi with a saga about a time-travelling wormhole and a group of lost souls who may hold the key to the survival of the Mankind.

Egan previously expanded the possibilities of fiction with A Visit From the Goon Squad, her 2010 novel in stories that transcended time and genre—and won the Pulitzer for it. But she wasn’t done with her eclectic, eccentric characters. The Candy House takes you into the ever-rewinding future, a time of AI-merged consciousness that still leaves room for hope, change, and rock ‘n’ roll.

Stuart’s debut novel Shuggie Bain won the 2020 Booker Prize. Any writer would find that difficult. “Young Mungo,” a gay “Romeo and Juliet” set in Glasgow, shares the same dynamic typeface as “Shuggie,” but a word of warning: it goes into much darker places exploring the entanglements of love and violence . On the other hand, Shuggie Bain is a child and Mungo Hamilton is a teenager. Growing up can be brutal.

Born to a Filipino mother and a Black father, Marina Salles experiences sexual violence, the horrors of foster care, a struggle with substance abuse and an all-too-brief bliss with a friend before a serial killer ends her life. But that’s not all: a Filipino spirit named Aswang inhabits Marina’s consciousness, opening perspectives on her life that she never had during her lifetime. The novel shocks, but always with a purpose.

The first in a planned trilogy, City on Fire takes on two crime families in Providence, RI in the 1980s and follows their ongoing war as they head towards the greatest epic ever written: The Iliad Homer. Is this also a new version of “The Godfather”? Swapping the Southwest of his Border trilogy for the more corrupt corners of the Northeast, Winslow shows that criminal dynasties know no borders.

Cooper Jones, herself a philosopher and journalist, takes her title from a philosopher who describes “easy beauty” as “obvious and unchallenging” and examines aesthetics from her perspective as a person born with sacred agenesis and the challenges that come with it . For all its intoxicating ideas, the book packs a punch, especially when the author combines those ideas with her real-world conversations and practical concessions.

Vuong, celebrated for his 2019 novel On Earth We’re Briefly Gorgeous, returns to poetry (after 2016’s ‘Night Sky With Exit Wounds’) in a collection that focuses on the death of his mother and contains fragments of her life (a poem based on her Amazon orders). The immediacy of the verse and the universality of the family loss are sure to draw new readers to Vuong — and to the poetry.

In her 2015 memoir Negroland, the Pulitzer Prize-winning critic wrote about how her upbringing in a privileged black community shaped her. Her new memoir takes the story further into her training as a critic and thinker, analyzing her heroes, influences and foils, from her parents to Bing Crosby and Ike Turner. These struggles with herself are double reflections on culture and society, including those artists she now sees in a much more complicated light.

Why We Fight: The Roots of War and the Roads to Peace
By Christopher Blattman
Vikings: 400 pages, $32
(April 19th)

The University of Chicago professor writes about how violence, crime and poverty are intertwined and how they can lead to larger conflicts. Combatting at every level, from local strikes to world war, Blattman offers illuminating examples of escalation. But perhaps his most salient point is this: “There is rarely a reason for war.” It is a relevant, urgent new study.

Let’s hope Davis wins a Grammy for her Audible recording of this memoir, becoming the first black woman to claim a coveted EGOT. The Oscar, Tony and Emmy winner’s memoir unravels the story she constructed on her road to stardom from the true, a more difficult but ultimately more fulfilling narrative of struggle and success. Her beautiful storytelling will inspire anyone who wants to shed old labels.