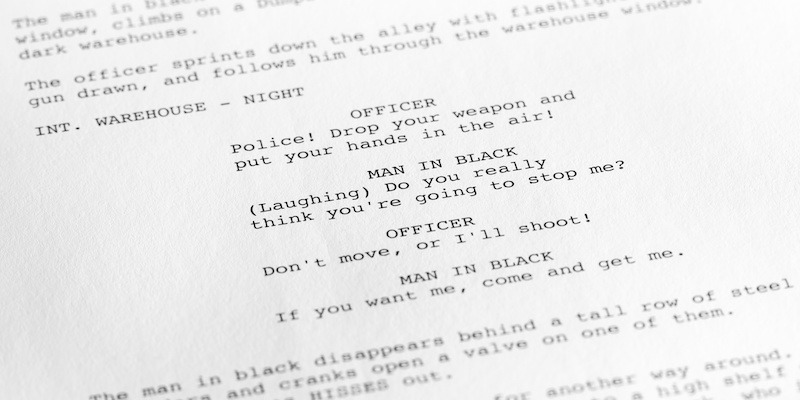 During my clumsy teenage years, I wrote many anguished poems on themes of boredom and unrequited love. I kept these poems in a suitcase along with a stack of short stories that also dealt with things that seemed important to me as a teenager, like the injustices of parents and teachers. I always thought that one day I would try to write a novel. I never aspired to be a screenwriter in the glamorous world of film. It just didn’t occur to me.

Until I moved to Los Angeles.

I fled Kansas to California where my older brother lived. He had left a few years earlier to pursue an acting career. At first I had no interest in his obsession, the television and film business. My original plan was to get accepted to UC Berkeley, where I could wear long skirts and sandals, float around musicians on a quad, play bongo drums, read and write poetry, and be generally artistic and enlightened.

Berkeley didn’t want me. As it turns out, UCLA did. I gave up my dream of being a Northern California hippie. Instead, I moved into a dorm next to the addictive splendor of Beverly Hills. Hollywood was only a short cab ride away. An idealistic and ambitious newcomer, it didn’t take long for me to go from poetry and patchouli to script and martinis.

Movie fever is a virus that has bitten many novelists over the years. Agatha Christie, F. Scott Fitzgerald, William Faulkner, John Steinbeck and Joan Didion all followed Hollywood’s call and wrote screenplays long after their reputation as novelists was firmly established.

More recently, literary greats such as Dave Eggers, Gillian Flynn and Margaret Atwood have successfully established themselves as hugely successful novelists who then proved they could write for the screen too.

Susan Walter, a veteran and award-winning screenwriter who has just released her first novel GOOD AS DEAD in 2021, recently described her experience transitioning between formats in a way that resonated with me. She said: “Novels are much more indulgent – you can (must?) explore your character’s inner thoughts, describing what they see, hear, feel, remember, wish, regret, fear, anticipate. Screenwriting had trained me to keep those things off the page. I think the goal of storytelling is to get people interested, and writing novels definitely gives you more tools. It just takes a bit of courage to use them.”

After graduating from UCLA, I was accepted into the American Film Institute’s master’s program in Hollywood. Within a few months of starting my courses there, I had learned the basic rules. Use the right software. Use the correct font. Don’t go over 120 pages, and when you do, forget it and go home to Kansas. Dialogue and action are everything. You write a blueprint. You’re a cog in a machine, but it’s a beautiful machine that will ultimately combine the efforts of hundreds of other artists (editors, composers, production designers, makeup artists, costume designers, actors, and so on) with yours to collaboratively create something awesome.

This was all fascinating, but after two years of immersing myself in film analysis and writing workshops, I was starting to get frustrated. I felt overly limited by the format.

Many authors would disagree. Lindsay Moran, author of the best-selling memoir BLOWING MY COVER, has worked with me on several screenplays, and she had this to say about her experience: “I’m a rule breaker by nature, but in writing screenplays I found the need to stick to structure to adapt, refreshing in a way. I love writing dialogue. Focusing on using dialogue to drive the storyline is challenging, but the results are rewarding.”

After completing my Masters, I decided to take a break from screenwriting and started my first novel. I immediately felt more comfortable writing books than screenplays. Working with broader boundaries was exciting, and I realized that screenwriting had always seemed almost mathematical to me. How many sides are there between Event A and Event B? Scroll through your script and make sure there is a fair amount of text versus white space. What does your dialogue column look like?

Danielle Trussoni, bestselling author of many books, most recently THE ANCESTOR, commented: “I wrote a couple of special pilots, a feature film and ten episodes of a radio play which was an adaptation of my novel THE ANCESTOR. I love the intense concentration of form and rhythm in screenwriting, but I always return to writing fiction. The giant canvas of a novel is what my imagination needs.”

I tend to agree.

A few years after I started writing novels, however, something funny happened. I discovered that by combining what I had learned from the craft of traditional screenwriting with the freedom of fiction, I could write more vividly with an emphasis on thoughts and feelings, while still managing to remain structured and concise. My screenwriting training had forced me to learn how to reveal stories through dialogue and action. It had reigned supreme in my lifelong tendency to digress. I could hear my teacher’s voice whispering in my ear, “Get to the point. Show, don’t say. Where’s the conflict? Keep moving.”

Now I occasionally write a screenplay for a change, but I prefer the satisfaction of the novel as the end product. Understanding the difference between screenplays and novels was crucial for me and I think it makes me a more versatile writer. Now, if I decide to break the rules, I know I’m doing it and I know why I’m doing it. 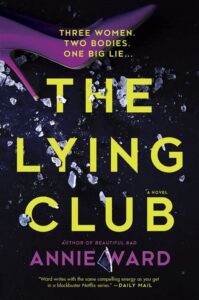